The Surprising Cause of Lost Teeth 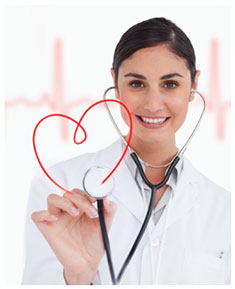 If we asked you to guess the primary cause of tooth loss, would you say tooth decay? Many people would, but it’s not! The main reason is gum disease, which you might not even notice right up until you lose your teeth. If there are symptoms, they can be subtle, such as gums bleeding when you floss or brush and teeth that shift or feel loose. If you’ve been told you need gum surgery, you will be relieved to hear that it’s possible to control gum disease with a variety of non-surgical methods.

Recent medical research has led to an often startling conclusion – periodontal (gum) disease may be linked to stroke and heart disease. Because heart disease can be serious, even fatal, that means gum disease is definitely a serious matter. The American Dental Association has estimated that up to 80 percent of Americans may have periodontal disease. Afflictions such as tuberculosis or AIDS at this level would be considered an epidemic, and most dentists think of periodontal disease that way, too. In the past, gum disease wasn’t considered as serious as an epidemic because the worst consequence was believed to be that you could lose your teeth. Problematic, but not life threatening. But that’s all changed.

The American Academy of Periodontology reports, “Studies found periodontal infection may contribute to the development of heart disease, increase the risk of premature, underweight births, and pose a serious threat to people whose health is already compromised due to diabetes and respiratory diseases.” The bacteria that cause gum disease, infecting the gums, can travel through the bloodstream to the heart and other vital organs.

But There Is Good News 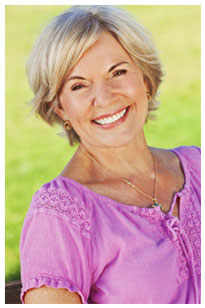 Advanced gum disease requires surgical treatment, which is almost always successful in controlling the condition. Most insurance plans cover such treatment. But if you’re smart enough and lucky enough to discover your periodontal disease while it’s still considered mild, you’re able to be treated with very effective NON-surgical procedures. Add an improvement to your dental hygiene, and the spread of the disease could be virtually halted. Most dental insurance plans cover these treatments, as well.

Is Losing a Tooth Such a Big Deal?

Accidents can knock out teeth, too, but the most common reason people lose a tooth is the advancement of gum disease. So, is losing teeth a real problem? You’d be surprised. Even a single tooth going missing can make the other teeth shift into the space, throwing off your bite, causing pain or at least affecting chewing and nutrient absorption. It just gets worse from there. Affected speech, face shape changing, and bone loss in the jaw can make you seem to age faster. Missing teeth make it harder to chew, so people often choose soft foods and more carbohydrates, which can lead to weight gain. The best way to treat one or even several missing teeth is with dental implants. They can be made to look so natural that even a dentist has to look hard to tell the difference.